Killing Pablo: the Hunt for the Richest, Most Powerful Criminal in History

Colombia in the 70’s and 80’s was a seriously scary place to be. Bogota was the murder capital of the world and was pretty much a no-go area where policemen and judges were killed daily and Avianca airplanes were being blown out of the sky.
Behind this war between the Medellin cartel and the Colombian government was the infamous Pablo Escobar. Escobar had a complete stranglehold on Colombian society, from peasant to high rollers, Escobars influence reached everywhere. 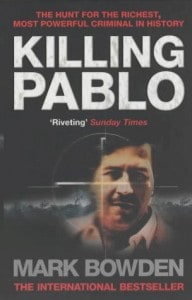 Escobar started his career dealing in stolen tombstones. He graduated to stealing cars and soon established a reputation as a ruthless operator, or as Brian’s mum would call him, a very naughty boy. When he eventually moved into drug smuggling he soon became known for his trademark of Plata o Plomo (Silver or Lead), which basically meant you could either accept a bribe or a bullet. Charming!

The amount of money Escobar made in the 80’s was astronomical. Forbes listed him as the seventh richest man in the world. One of his ranches had lakes, helipads, runways for his planes and even Bonnie and Clydes bullet ridden Buick.

Escobar’s criminal empire held a nation of thirty million hostage in a reign of terror that would only end with his death. This book is an intense up-close account of the 16 month hunt for the richest drug cartel ever to have lived. It seems unbelievable that a man can accumulate such wealth in such a way and bring such terror to not only Colombia but across the world. 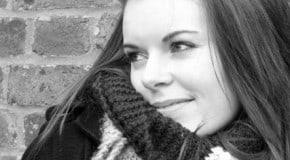